5 hours 5 minutes for Mont Blanc. No we're not talking about a ski descent but for a round trip from the Church in the center of Chamonix to the 4810 meter summit. That's the time set by on-form Matheo Jacquemoud who recently won the Courchevel Ski Touring competition.

Matheo has broken the previous record set by the late Stephane Brosse and Pierre Gignou that has stood for a decade by 10 minutes. Matheo left the churd at 5h45 on Tuesday morning. He took 1h 5 minutes to reach the snow line on foot then fitted skis and climbing skins to follow the ski trail to the summit. The snowpack was a mix of corn at some altitudes but difficult, crusty and irregular snow elsewhere. Weather was not perfect but it was the last chance before a period of unsettled condtions. Matheo had to cope with temperatures down to -20C. 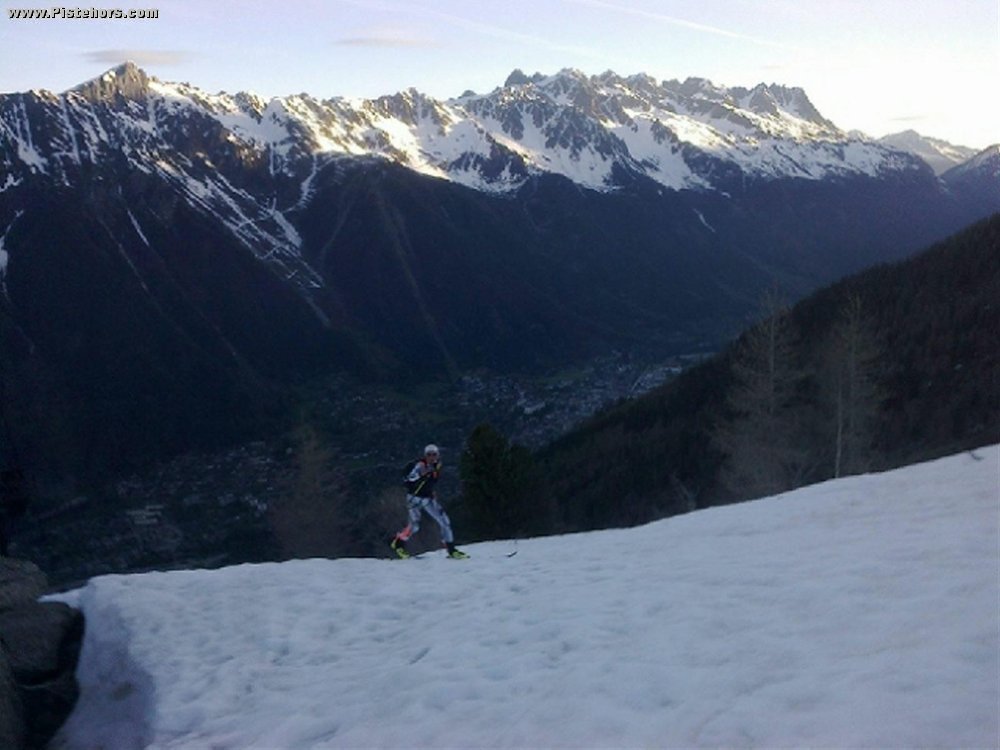 Matheo Jacquemoud on the climb