Well yes, it appears they do. At least if discussions on forums are anything to go by. Cross country skiers, like ski tourers, like to show off their green credentials but there is always the question of how you get to the skiing? Car, train, bus, bike and, in the case of cross county, the preparation work. 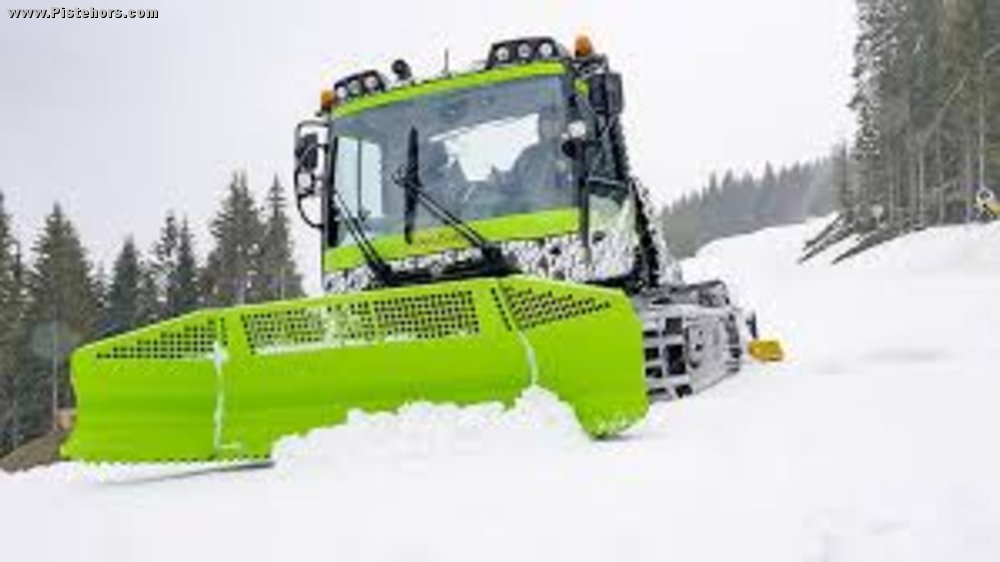 A debate on the French site etatdespistes.com revealed that a piste basher used for preparing nordic trails such as the 5 tonne Prinoth Husky  has a 230HP diesel motor and uses around 13 to 20 liters a hour (ski resort real world figures). If you count 12 hours to prepare 50km of trails that is up to 240 liters of diesel. It does comply with Euromot Stage V emissions standards. The French government is planning to tax the diesel used by ski resorts which could hit cross country areas hard.

Piste preparation is relatively new in the world of cross country, really getting started with the introduction of skate skiing in the 1980s. Anyone who read our article on the 1968 Olympic Games will have discovered that even on these major events preparation was minimal and often by hand. Back in the day classic skiers would set their own trail without the help of mechanical intervention.

German firm Kässbohrer / PistenBully are leaders in the area of more environmentally friendly piste preparation. Already in 2012 they developed the 600E hybrid piste basher. This year, the 50th birthday of PistenBully, they've launched a 100% electric piste basher, the 100E. It is aimed at nordic ski areas where the power requirements are less demanding.  It has a capacity of 126kwh. As a comparison the most powerful Tesla Model S has a 100kwh rating. Charging time is 5 hours to reach 75% capacity. The autonomy is limited, 2h30 to 3h00 in the harsh winter environment, enough for a small ski area. One can see it being used as a second machine in larger areas for trails that require frequent preparation but it seems there is a way to go on range before it can be the sole machine for big domains.