It's been a long time since I've skied from the summit of the Dent, 2015 was the last time I think but maybe I lost the appetite for NFZ (no fall zones) as the Americans call them. Conditions need to be spot on and that means having time to wait for the snow to transform. It was really hard climbing up and the sun was obscured by cloud. At the cross I decided to ski the NW plateau slopes, just avoiding a large pot hole (it is marked on the IGN map) before stopping above the Guiers bowl as the snow turned spring like. The skiing was good but not excellent. A reskin to the summit. I waited for a couple of skiers to descend the first pitch of the Pas de l'Oeille. The snow was baked just right. At the crux the two skiers were hesitating so I skied around them then took the safer right bank route as the narrow goulotte had been side stepped down. The "field" was spring snow, again quite a lot of old tracks, when do people ski down? In the evening? I jumped off a small ridge only to see a girl pic-nicing underneath. The road was tiring as it needed a lot of pushing due to the snow.

Hard on the climb - I needed crampons to climb the Pas de l'Oeille in safety. Old powder on the NW plateau. Spring snow at 12h15 in the Pas and on the face. Sticky snow on the road, had to push! You could probably tour up from la Baure or even St Pancrasse at 1000 meters today. 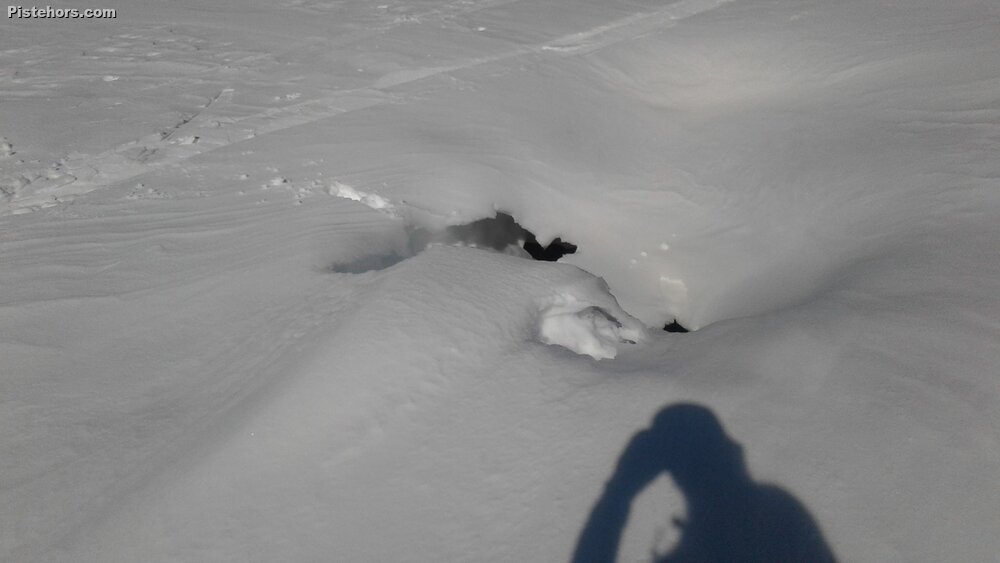 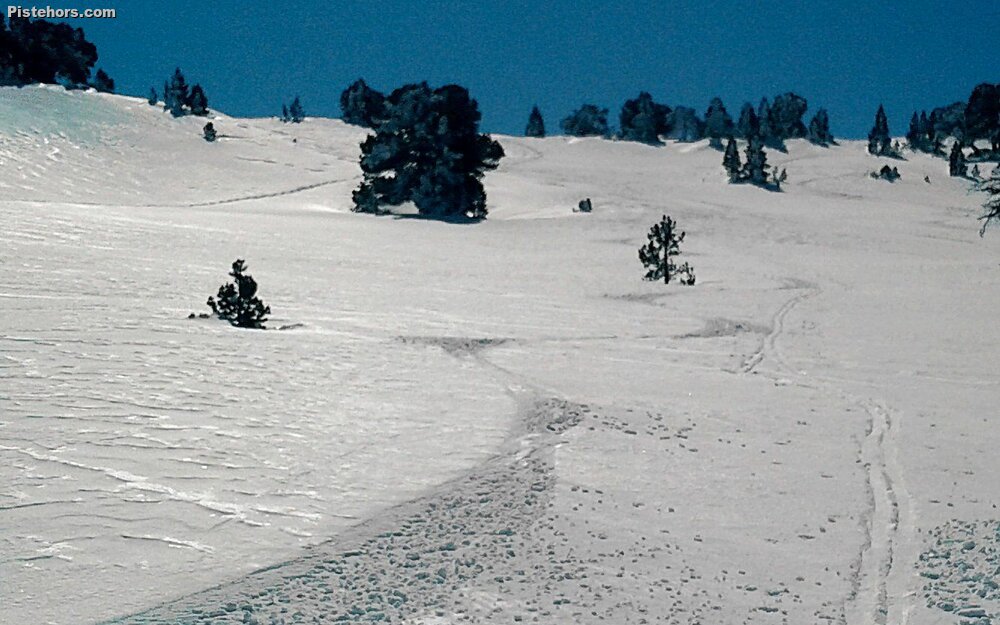 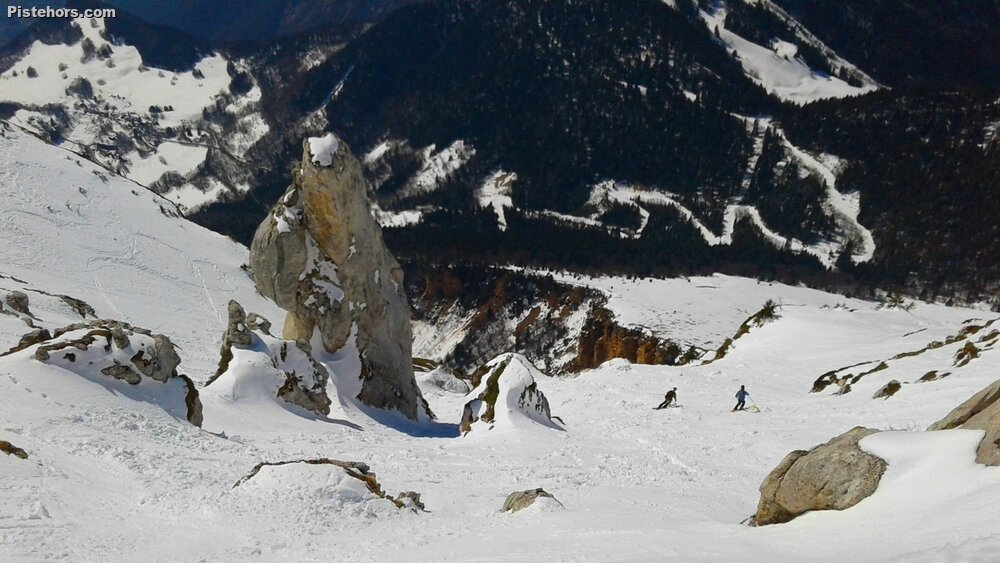 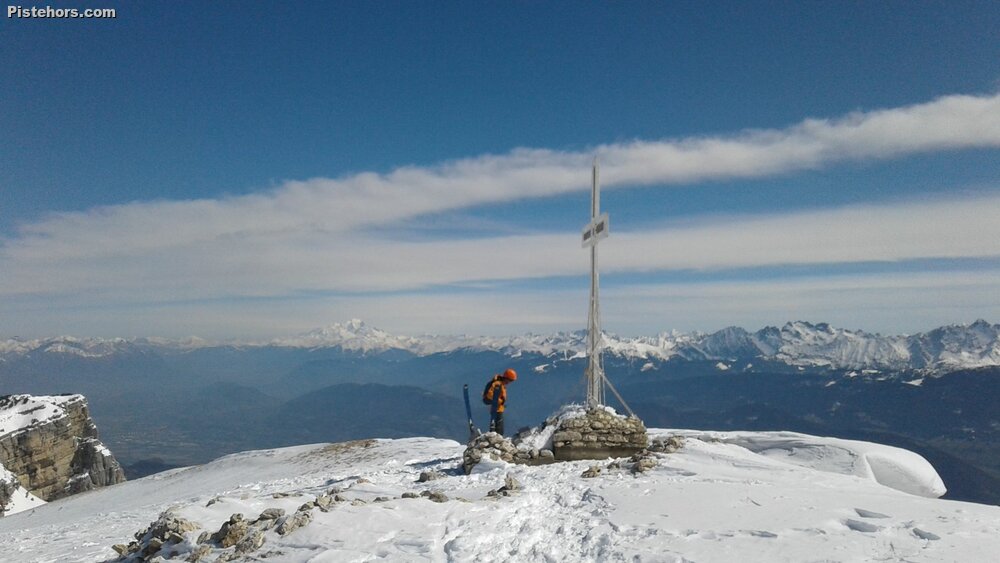